The first day was dedicated to pre-summit sessions mostly focused on emergency reporting of Japan Broadcasting Corporation (NHK) during the tsunami in Japan in 2011, followed by emergency response and disaster risk reduction in Indonesia and the role of media in disaster preparedness.

The importance of early warning was stressed and it needs a perfect coordination between the local authorities and the media, through the weather and climate tools which are at their disposal.

Otherwise, if communicating before, during and after a disaster is mandatory, informing people during ordinary times is necessary in order to build a safer society. Thus, NHK is constantly reporting to the audience about the potential dangers and has improved their ways to communicate by learning from the past disasters.

It shows that the role of the media is more than crucial in promoting the awareness of the public: information can save life!

The official launching of the Summit – in presence of Mr. Tifaful Sembiring, Minister of Communication and Information Technology and Professor Doctor Boediono, Vice President of the Republic of Indonesia – was held on 5 June, which is also the World Environment Day.

The Summit raised the global awareness of the media and the crucial importance of broadcasters on climate change issue. 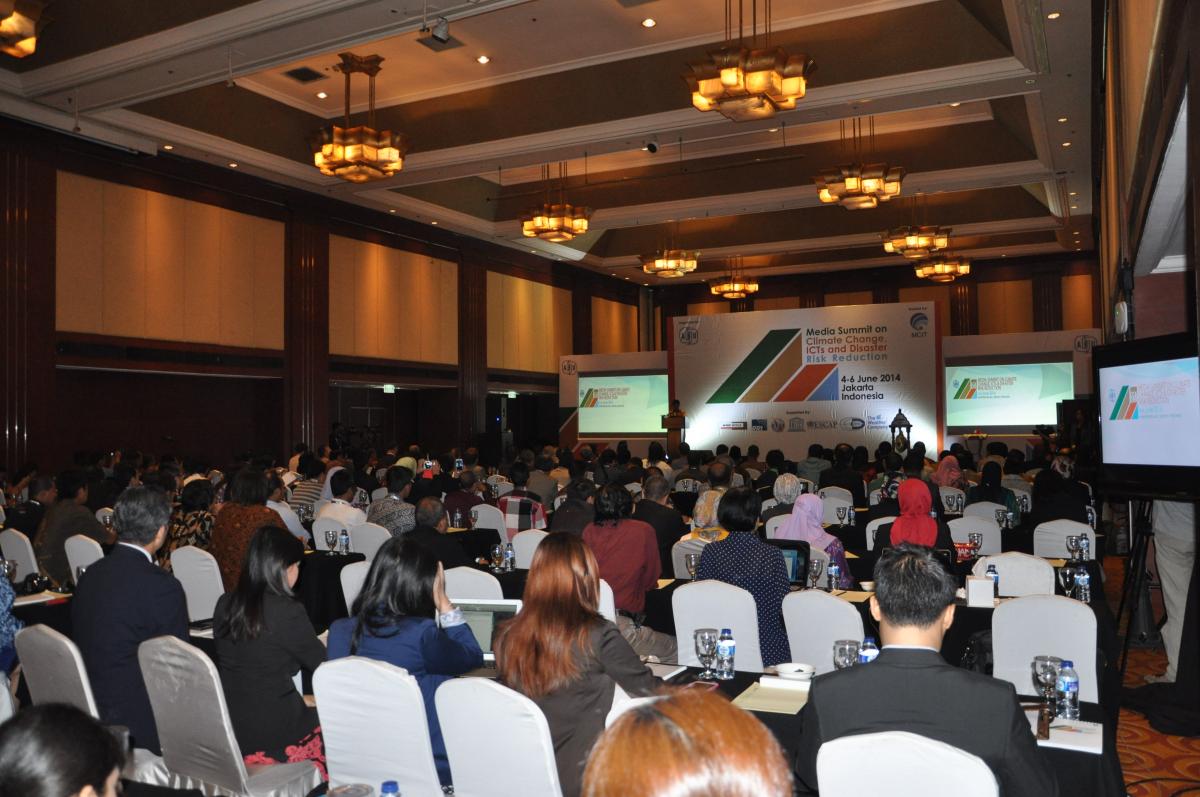 Over the past years, the Asia-Pacific faced many disasters: floods in Thailand, hurricane in the Philippines, earthquake in China and tsunami in Japan.

Consequently, the necessity to offer accurate and consistent information to the audience, to be able to communicate efficiently and to deal with emergency situations were the key points raised during the Summit, which aimed to reinforce broadcaster’s responsibility to reach out to the community.

Social media is part of the solution but it is not enough and one of the major goals of broadcasters is and will be to inform, educate and warn the people through messages that audience can understand.

Music will be at the heart of this year’s Commonwealth Broadcasting Association (CBA) biennial conference from 11-14 May 2014 in Glasgow, a UNESCO City of Music.

Hosted by BBC Scotland in its state-of-the-art headquarters at Pacific Quay, the 30th CBA Conference will focus on the place of music in broadcasting. The Asian Media Information and Communication Centre (AMIC) is delighted to announce that the 23rd AMIC Annual Conference will be held in Bangkok, Thailand from 9-12 July, 2014. The theme for the AMIC 2014 conference is Communicating in an e-Asia: values, technologies and challenges. UNESCO’s Global Forum on Media and Gender: Towards a Global Alliance

The first-ever Global Forum on Media and Gender: Towards a Global Alliance organised by UNESCO was held from 2 - 4 December 2013 in Bangkok, Thailand. The purpose of this event on gender equality and media was to initiate processes that will link up to ongoing actions and add momentum to gender equality and women’s empowerment in and through the media. Following the INPUT Conference held in El Salvador in May 2013, The Goethe-Institut organised a MINI-INPUT from 14 to 16 November 2013 in Manila, in association with ABS-CBN, GMA Network, Inc. and the University of Santo Tomas. AIBD participated the Connect Asia-Pacific Summit 2013 jointly organised by the International Telecommunication Union (ITU) and Ministry of Information and Communication Technology of Thailand (MICT). The summit was held in Bangkok, Thailand on 18 November 2013. The fourth Pacific Media Partnership Conference and associated workshops was held from 17 to 19 September 2013 in Port Vila, Vanuatu. The local host - Vanuatu Broadcasting and Television Corporation made all local arrangements to have a successful conference, jointly organised by AIBD and ABU since 2010.

Global Forum on Media and Gender

UNESCO and partners including AIBD have opened registration for the Global Forum on Media and Gender (GFMG), which will be held in Bangkok, Thailand from 2 to 4 December 2013. As Myanmar transitions to democracy, the country is opening up more opportunities in many spheres of endeavor that will bring about dynamic changes in the country. The media industry welcomes this openness, tracking a new direction towards freedom and responsibility, and engaging more with its audiences.