Every year February 13 is celebrated as World Radio Day. UNESCO has invited radio producers and broadcasters to celebrate the World Radio Day 2015 around the theme “Youth and Radio”

Every year February 13 is celebrated as World Radio Day. UNESCO has invited radio producers and broadcasters to celebrate the World Radio Day 2015 around the theme “Youth and Radio”.

Broadcasters around the world organise radio events to mark and celebrate the occasion.  UNESCO’s website for world Radio Day www.diamundialradio.org gives many suggestions on how broadcasters can celebrate the event. UNESCO is partnering with the International Telecommunication Union (ITU) and European Broadcasting Union (EBU) to broadcast a full 24-hour of programming, including contributions from broadcasting unions all over the world. Broadcasters can access this content and stream it on that day.  With an interesting theme such as “Youth and Radio”, broadcasters can come up with their own creative ideas as well.

The day marks the love for Radio, as it continues to grow despite bombardment by New Media. It continues to touch our lives and is still able to bring together people across the globe.  Advent of digitalisation and technology has also added teeth to this traditional medium.

As per the UNESCO website, there are over 2.4 billion radio receivers and over 51,000 radio stations worldwide. Even in developing countries, at least 75% of households have access to radio. Between 2006 and 2013, there was a steady increase in online radio revenue worldwide from $278 million to $827 million. This represents an average annual growth rate of 28% per year.  Further, the internet only seems to be helping radio as the younger generation around the world is consuming a lot of online radio.

The first World Radio Day was observed on 13 February 2012, a date chosen to mark the day that United Nations Radio was established in 1946. The United Nations General Assembly voted to endorse World Radio Day as a UN International Day, cementing its position as a major global celebration for years to come. The Day is organised by UNESCO and supported by the International Committee for World Radio Day, created by the Spanish Radio Academy and comprised of fifteen major regional and national broadcasting organisations. 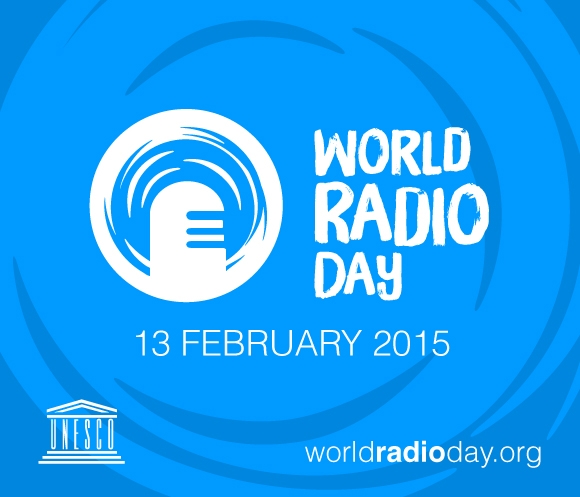 Every year February 13 is celebrated as World Radio Day. UNESCO has invited radio producers and broadcasters to celebrate the World Radio Day 2015 around the theme “Youth and Radio” How to integrate value added services with creative content that’s available on air is a key factor in drawing investors to allocate more resources to create good programmes. Broadcasters from 19 countries in Asia-Pacific, Europe, and Africa generated Ms. Poonam Sharma, Director of Singapore MediaGuru, urged broadcasters to relearn the art of good storytelling, and stressed that winning in today’s multimedia landscape means not only creating a story that is relevant and interactive, and one that provokes and engages audiences, but also delivering or executing it creatively. As media becomes more complex, broadcasters need to understand that individuals and communities are increasingly using various media simultaneously and interacting, and such multitasking has had an impact on how they engage with individual task or activity. The future of broadcasting lies not only in producing creative content that is relevant, innovative, and engaging, but also in adopting formats that keep pace with the demands of various platforms and shifting audience preferences. Dato’ Jailani Johari, Honourable Deputy Minister of Communications and Multimedia Malaysia, has urged broadcasters to be open and present non traditional approaches based on best experiences of their home regions in providing training to meet the demand for creative content.

More than sixty trainers, practitioners and managers of broadcast organisations from Asia-Pacific, Europe, the Middle East and Africa are expected to participate in the 3rd International Conference on Broadcast Training in Kuala Lumpur from 5 - 6 February 2015.

A Call for Diverse Broadcast Programmes

YB Datuk Jailani Johari, Deputy Minister of Communications and Multimedia, Malaysia, has called on broadcasters in Asia-Pacific to offer new channels generated by the advent of digital terrestrial TV broadcasting with programmes that cater to the different needs of their audience who want variety.