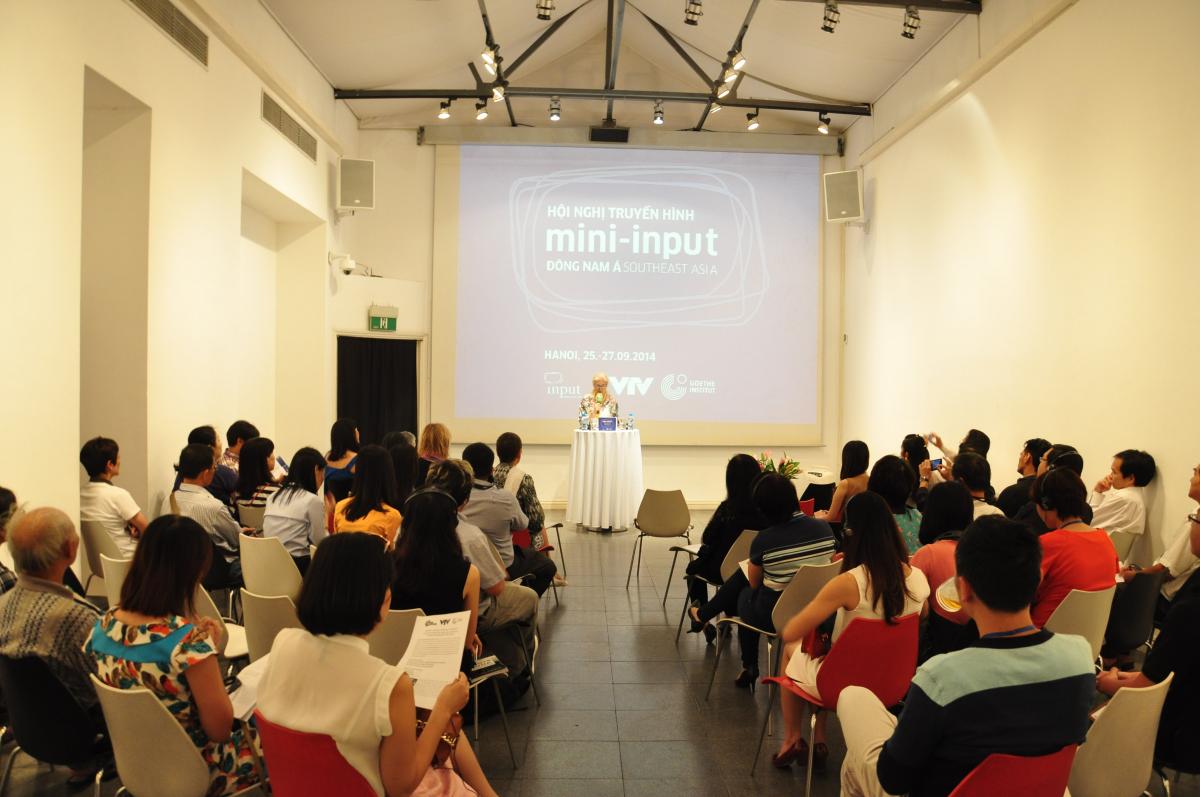 Opening of the MINI-INPUT by Dr Helmut Meyer-Zollitsch, Director of Goethe-Institut Hanoi

Goethe-Institut is an Associate Member of INPUT and initiated in 2012 the MINI-INPUT events around the world, in connection with the Annual INPUT Conferences. These MINI-INPUT give an opportunity to the Asian broadcasters to watch a selection of programmes screened at the main INPUT.

The aim of these MINI-INPUT is not to screen the best TV programmes but the most interesting programmes in order to develop discussions among the broadcasters. Thus 16 selected TV productions from 12 countries were screened during 7 sessions in Hanoi in front of more than 50 TV producers, commissioning editors and filmmakers coming from 14 countries (Australia, Cambodia, Germany, Laos, Indonesia, Japan, Malaysia, Myanmar, New Zealand, Philippines, Singapore, Taiwan, Thailand and Vietnam).

Many topics were covered as the role and importance of a strong opening for a TV documentary, how to make history TV programmes attractive or how the television can communicate with young people about sex issues or the dangers of the Internet. These screening sessions demonstrated how various and imaginative TV producers can be and allowed the participants to discover new TV programme concepts.

Each session was followed by fruitful debates and discussions that raised, among other matters, the difficulties that television organisations might face as programming sensitive content in a country due to cultural background or how to bring back the audience considering the importance of the development of the new media today.

This event ended with the announcement of the 9th edition of the INPUT Conference, which will be held on 11 – 14 May 2015 in Tokyo, Japan, hosted by the Japan Broadcasting Corporation (NHK). 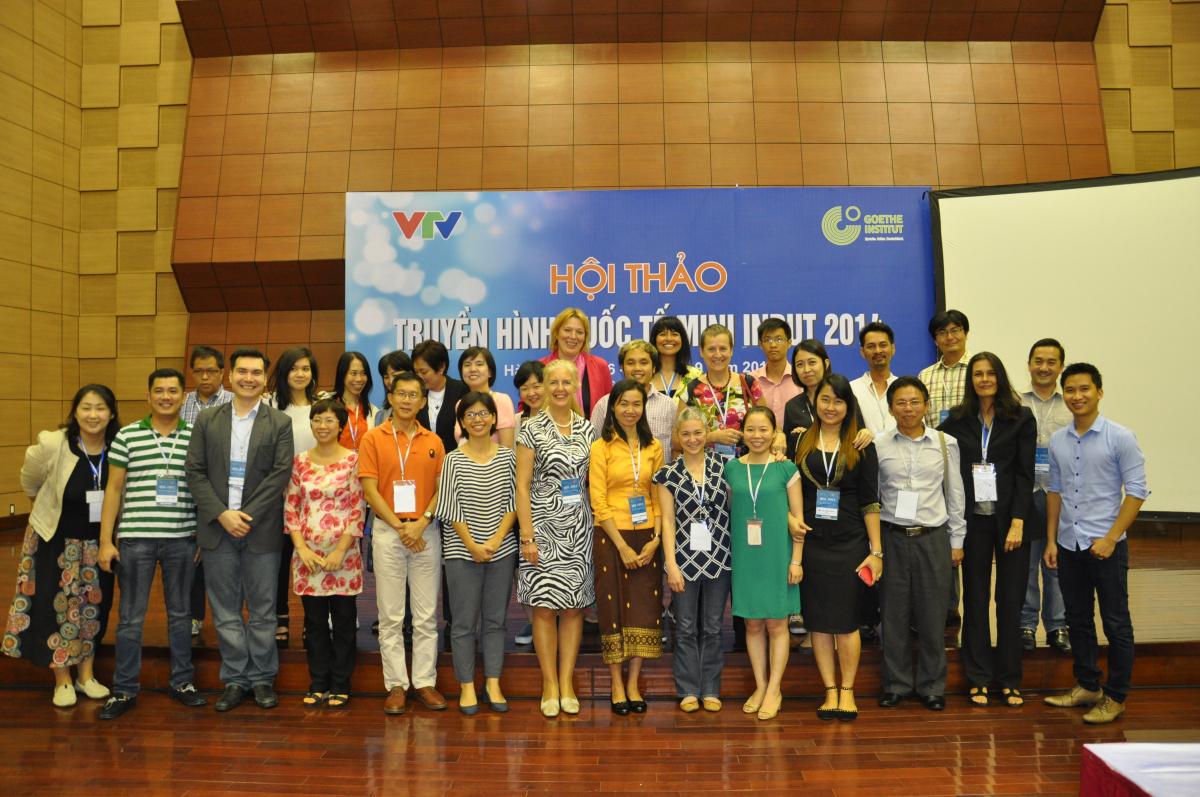 More than 100 professionals from 12 countries attended the 4th 4M Forum on ‘Informing on the Web’ held from 23 – 24 September 2014 in Jakarta, Indonesia organized by Canal France International (CFI) and the French Ministry of Foreign Affairs.

The Regional Workshop on Programmes for Social Media (TV and Radio) organised by AIBD and the Arab States Broadcasting Union (ASBU) was held in Amman, Jordan from 7-9 September 2014.

The workshop brought 15 participants, which include social media community editors, new media and multimedia editors, and news and programme managers from broadcasting organisations around the Arab region.

The workshop aimed to allow participants to gain a ‘social media perspective’ in regards to broadcasting and being able to develop a significant relationship with their audience through social media.

The consultant for the workshop was Mr. David Botbol, Deputy Managing Editor for Sports and News Magazines at France TV, France. From 2 to 5 September 2014 the Institut Penyiaran dan Penerangan Tun Abdul Razak (IPPTAR), along with AIBD and the Norwegian Broadcasting Corporation (NRK) organized a Regional Workshop on Children’s TV Programmes in Kuala Lumpur, Malaysia.

Mr. Yang Binyuan announced his decision to resign from the

Mr. Yang Binyuan announced his decision to resign from the post as Director of AIBD effective 15 September 2014, due to family reasons. As an expression of the gratitude for his years of service and efforts for the Institute the AIBD staff arranged a farewell ceremony on Friday, 29 August 2014.

The Asia-Pacific Institute for Broadcasting Development (AIBD), a Regional Intergovernmental Organisation hosted by the Malaysian government, invites applications from suitably qualified candidates who are from its members for the position of DIRECTOR, AIBD.