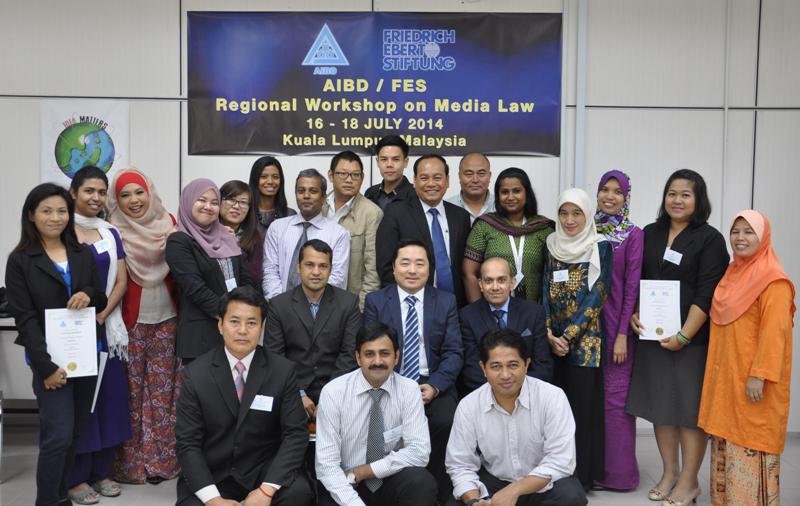 The workshop was conducted by Dr Venkat Iyer, a barrister and media law expert from the United Kingdom, who has, over the years, run numerous similar events around the world, and who advises governments and media organisations on legal and ethical issues of relevance to journalists. 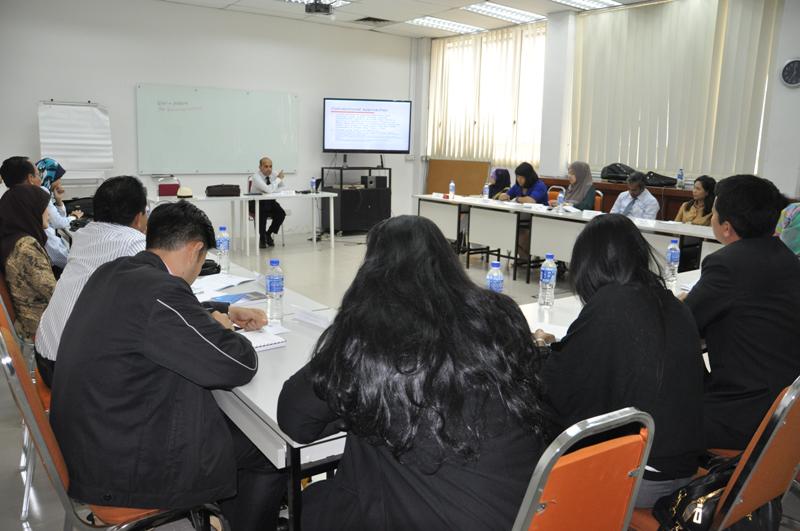 Among the topics discussed were: defamation, contempt of court, hate speech, privacy, and obscenity. The workshop maintained a practical focus throughout, and it was aimed at giving participants an understanding of the legal principles, concepts and rules that apply to the practice of journalism on a day-to-day basis.

Those attending raised a number of issues which they had encountered in the course of their work. Some of these issues were country-specific, but many had a pan-Asian resonance that made for interesting exchanges and sharing of knowledge across national boundaries. The discussion encompassed matters touching media ethics as well as law. 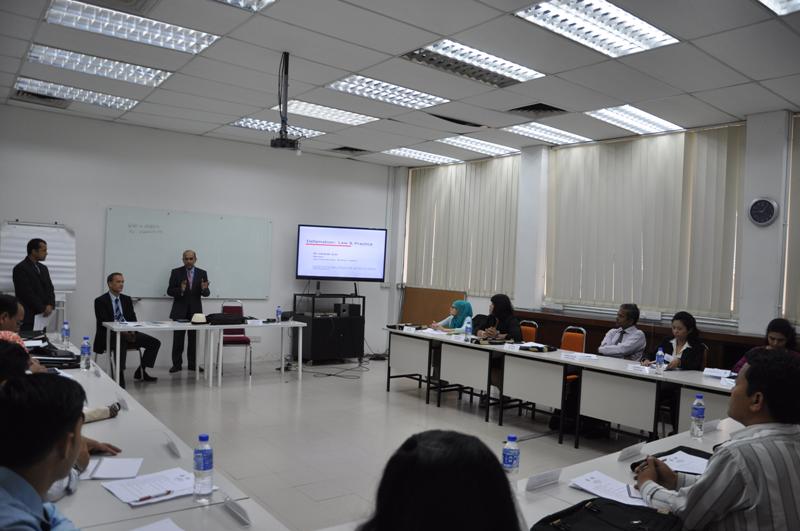 A particularly interesting aspect of the workshop were the small group sessions in which participants were required, within small teams, to deal with real and hypothetical case studies at length. The results of the deliberations were subsequently explored in plenary session, with teams being given the opportunity to question each other on a range of issues. 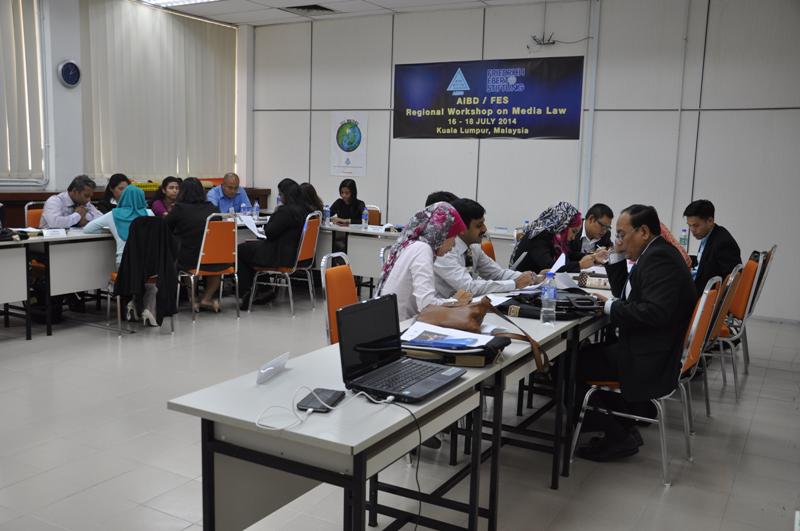 The feedback received from those attending was very positive. It underlined the importance of this somewhat neglected area of training. Compared to many other matters of relevance to broadcasters and other media professionals, law is not usually given the prominence it deserves in relation to structured, periodic training. This neglect has not only proved costly to many media organisations – in terms of having to defend, or sometimes launch, complex and expensive litigation – but it has also had an impact in reputational terms. Far-sighted media organisations, by contrast, have always benefited by investing in media law training on a periodic basis. 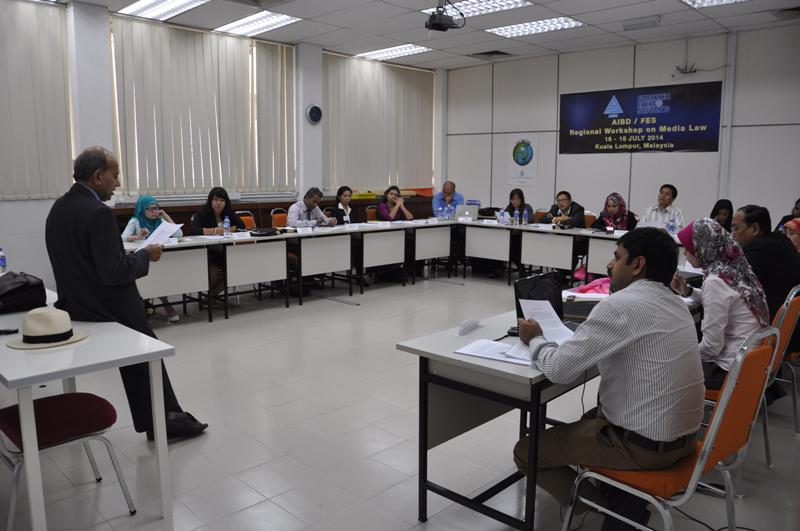 AIBD has established an enviable track record in this area for many years now. As well as conducting high-quality workshops and seminars such as the one under discussion, it has published a much-acclaimed Media Law Handbook which continues to be consulted by practitioners around the region and further afield. It is to be hoped that more and more media organisations will recognise the importance of capacity building and professional development in this area in the future. AIBD/Prasar Bharati/STI-T sub-regional workshop on migration from analogue to digital broadcasting was held from 23 to 27 September 2013 in New Delhi, India. The workshop was organised by AIBD in collaboration with Prasar Bharat/ STI-(T). The aims of this workshop were to facilitate and support broadcasting engineers towards proper selection, planning and implementation from analogue to digital migration. AIBD/ RTM  in-country workshop on Training of Trainers was held from 26 June to 9 July 2013 in Kuala Lumpur. It was organized by AIBD and supported by Radio Television Malaysia (RTM). The training was facilitated by Dr. David Mould, Professor Emeritus of Media Arts and Studies at Ohio University (U.S.A.) The AIBD/Prasar Bharati/STI (T) in-country workshop on HDTV lighting was held from 17-21 June 2013 in New Delhi, India. It was organized by AIBD for Doordarshan TV station focusing on lighting techniques for HD production in particular for news and outdoor program production. AIBD, as a supporting organisation, participated in Broadcast Asia 2013 held from 18 to 21 June at the Marina Bay Sands, Singapore. More than 51,000 participants from 100 countries and regions attended the annual exhibition and conference. Broadcasting and telecommunication experts from across the Asia-Pacific met in Cambodia from 29 April to 2 May 2013 to prepare for next year’s World Telecommunication Development Conference (WTDC-14).