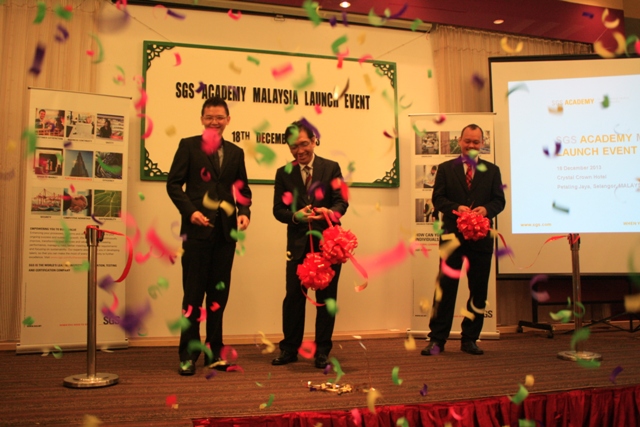 Mr. Kenny Looi, General Manager, Systems and Services Certification, SGS Malaysia welcomed all delegates where he briefed about SGS and its achievements. He said that although SGS was providing training over the past 20 years, it was mostly in-house and customer focus training. As they have a large number of experienced certified trainers, SGS therefore decided to launch their own Academy.

Mr. Cresenciano Maramot, Managing Director, SGS Malaysia and Singapore, gave an overview of SGS. He said that their international experts help their clients to operate in more efficient and sustainable ways by streamlining processes, improving quality and productivity, reducing risk, verifying compliance and increasing speed to market. He said SGS is recognized as the global benchmark for quality and integrity, where they have more than 75,000 employees. SGS operates a network of over 1,500 offices and laboratories around the world and they have more than 1,200 people working in SGS Malaysia.

The event was followed by client testimonials where the representatives from AIBD, AEON, DKSH and See Hoy Chan Facilities shared how they benefited by the SGS certification. 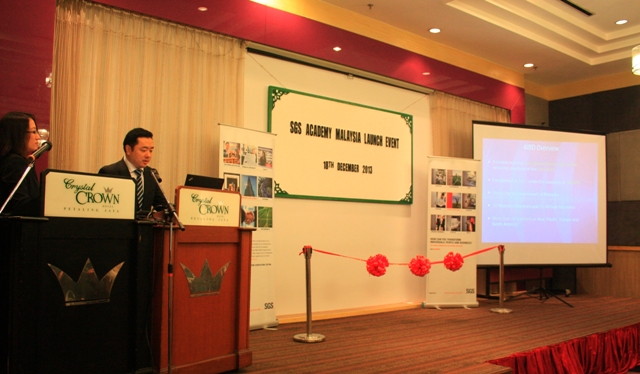 AIBD Director Mr. Yang Binyuan shared his experience about AIBD’s cooperation with SGS. In 2009, AIBD was awarded the ISO 9001: 2008 and ISAS BC 9001: 2003 quality management certificate by the Media and Society Foundation. It has been re-certified for ISO 9001:2008 and ISAS BCP 9001:2010 in 2012 by SGS. The certificate, which is valid until October 2015, includes AIBD’s quality management systems and its core activities in training, consultancy, publication, content production, and conference and workshop organisation. He said to enhance the capacity of the Institute, audit training was conducted for all staff in 2012 and 2013 by trainer from SGS. He thanked SGS for their kind support and looks forward to the continued collaboration and the invaluable expertise and support in quality management, to transform people and businesses.