Mr Chang Jin obtained his Bachelor of Arts degree in English for Science and Technology at Xi’an Jiaotong University of China in 1989, and Master of Science degree in Media and Communications from the London School of Economics and Political Science (LSE) in 1998.  In 1992 he joined the Ministry of Radio, Film and Television (which has evolved into the present SAPPRFT) and has since worked with its International Cooperation Department.  From 2002 to 2012 Mr Chang held successively the positions of Deputy Director of the European, North American and Oceanian Affairs Division, and Consultant & Deputy Director of the Asian, African and Latin American Affairs Division.  In 2012 he was named Director of the latter Division.

On his more recent posts Mr Chang Jin has committed himself to the advancement of the exchanges and cooperation in radio and television between the Chinese government and the Asian, African and Latin American regions.  Through exchanges and cooperation in radio and television programming, participation in the activities of international organizations, and implementation of training programmes, Chang Jin and his colleagues have been able to contribute to the mutual understanding and friendship between the peoples and closer cooperation between the Chinese government and governments of those regions.

Since 2007 Mr Chang Jin has been involved in the international radio and television training programmes that SAPPRFT has arranged for developing countries mainly in Asia, Africa and Latin America.  With the support of various funds from the Chinese government, the scale of those training has kept expanding.  To the end of 2014, 90 workshops have been completed, benefiting more than 2000 radio and television professionals from about 140 countries.

VERY IMPORTANT MESSAGE FROM FIJI BROADCASTING CORPORATION (FBC)AIBD WOULD LIKE

How to Make an Impact with Every Programme: 21st Century Media Theories and Skills

The AIBD in collaboration with the Research and Training Institute (RTI) of the State Administration of Press, Publication, Radio, Film & Television (SAPPRFT), China organised this regional Workshop on How to Make an Impact with Every Programme: 21st Century Media Theories and Skills. The two weeks workshop started on 3rd December and will end on 14th December 2015 and is being held at the RTI campus in Beijing. 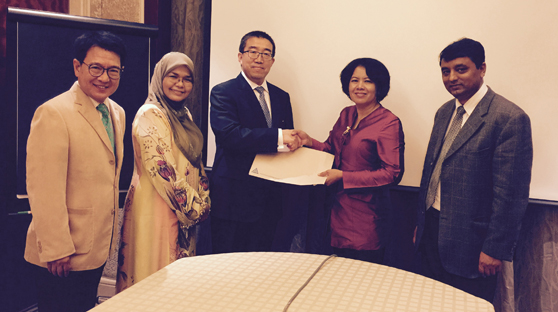 The Asia Media Summit 2015 in Kuala Lumpur, Malaysia will offer public as well as private broadcasters in Asia Pacific a wide range of opportunities to debate, examine and formulate a clear vision for social media and pursue innovative strategies in dealing with this new media platform. As they recognise the growing symbiotic relationship they have with social media, broadcasters need to master this social media landscape in order to enhance their programmes, audience engagement and income generation.

While some broadcasters consider social media competition, others believe they can co-exist with social media and make this new platform a key partner to achieve their organisation’s goals.

Fiji Broadcasting Corporation (FBC) and Asia-Pacific Institute for Broadcasting Development (AIBD) conducted a two-week long workshop from8-19 July 2014 for the multi media journalists of FBC at their headquarters in Suva, Fiji.

The training program was designed to help the young journalist have a better knowledge of various aspects of broadcast. The participants were from their English, Hindi and iTaukeiservices.

The workshop dealt with topics like news writing, reporting, production and on air presentation.

Acquisition and Programming Strategy for TV

The annual Asia TV Forum (ATF)’s Entertainment Content Market for buyers and sellers was held at the Marina Bay Sands, Singapore from 3 – 6 December 2013. In conjunction with ATF, AIBD and the French Government organized a four-day regional workshop on Acquisition and Programming Strategy for TV from 2 – 5 December 2013 in Singapore. The fourth Pacific Media Partnership Conference and associated workshops was held from 17 to 19 September 2013 in Port Vila, Vanuatu. The local host - Vanuatu Broadcasting and Television Corporation made all local arrangements to have a successful conference, jointly organised by AIBD and ABU since 2010. AIBD has lost a prominent and competent media professional, and