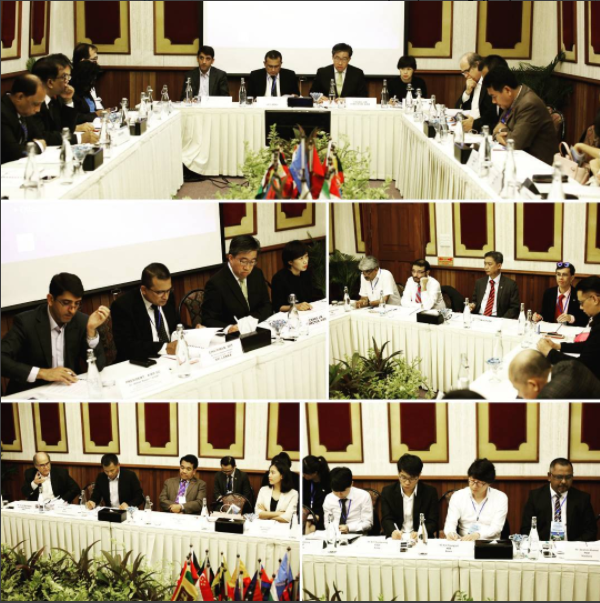 The Strategic Plan Team (SPT) met recently during the 16th AIBD General Conference in Maldives to discuss, among others, funding sources for AIBD and the Asia Media Summit (AMS).

Concerns were raised over dwindling support from United Nations agencies, and the use of the AMS as a platform for commercial purposes. Some members warned that certain private companies use the AMS as a venue to bring in their own speakers only to sell their products and services. Others argued that development institutions that want to take advantage of the AMS or other AIBD events to promote their advocacies should be allowed to contribute funds. There was a suggestion to sell special sessions and exhibition booths as a way to generate funds for the AMS.

AIBD Director Chang Jin commented that inviting some successful private companies to participate in the AMS makes sense as participants learn some success stories from them. After all, AMS is also a forum for participants to learn. While UNESCO and other UN agencies had contributed resources since the establishment of AIBD, he said funds from these institutions are no longer available now, and AIBD needs to depend on members and other alternative revenue-making mechanisms to ensure its sustainability.

SPT members also discussed a new proposal dealing with the AIBD’s Strategic Plan- Roadmap to 2020. It will update the Strategic Plan crafted in 1998.

Dr Abbas Naseri Taheri, GC President, said there is an urgent need to look at funding to ensure an action plan and roadmap can be implemented. Such plan should be quantified based on a timetable and funding support identified to ensure success.

Also taken up was a proposal for broadcasters to be more pro-active in developing, producing, disseminating and sharing educational content. This includes the creation of a proposed educational content bank as a way to facilitate content exchange among broadcasters, reduce cost of education, and make it accessible in the region.

There were concerns about AIBD’s capacity and resources to handle the setting up of a content bank. It was pointed out that ABU has done a lot in content exchange involving news, sports and music. Mr Chang Jin recalled a Korean proposal during the AMS 2016 to set up an Asian Content Bank, saying AIBD could play at least a small role in supporting and coordinating that effort among government departments and broadcasters in the region. Some members and the AIBD Secretariat had agreed to look into this proposal.

The SPT members also discussed the next Asia Media Summit with the theme “Telling our Stories- Asia and More” and the interim list of proposed activities for 2018/2019 to cover 16 topics for technical training, 36 for programme production and 8 for general training.

During the meeting, Dr Javad Mottaghi, ABU Secretary General and former AIBD Director from 1998 to 2010, spoke about the key role of the SPT in planning for the organization’s strategies in the future. He stressed the need for regular exchange of communication between the SPT members and the AIBD Secretariat in crafting and fine tuning these strategies. Not only must SPT be forward looking in planning, it must also identify ways to make the organization more service-oriented. He reminded members to identify what it can do for AIBD to ensure its operations continue.