Members of the AIBD Strategic Plan Team met recently on the sidelines of the Asia Media Summit 2018 in New Delhi, India to examine directions and programmes of the Institute for the next four years.

Discussions were focused on the new Strategic Plan draft which had been shared among the SPT members. It covers  AIBD’s three strategic areas, namely, AIBD as a regional platform for exchange of information for members in the electronic media industry; advanced training and consultancy, and specialised  research activities dealing with  development trends, regulation and policy of the electronic media industry in the region and around the world.

In serving as a regional platform for information exchange, the Institute should cover the introduction of new technologies and services, discussion of regulations and standardisation directions.

Under advanced training and consultancy, the Institute should focus on new training programmes, media literacy and launch online media training. It should diversify its research activities and methods as well as engage other members in the region.

The underlying vision in pursuing these strategic areas, is to continue to “achieve a vibrant and cohesive electronic media in the Asia Pacific region through policy and resource development”.

Mr Thusira  Chintaka Malawi Thantri, Director General of Sri Lanka Rupavahini Corporation (SLRC), chaired the meeting, and said there was a need to further review the document, an idea shared by some SPT members. 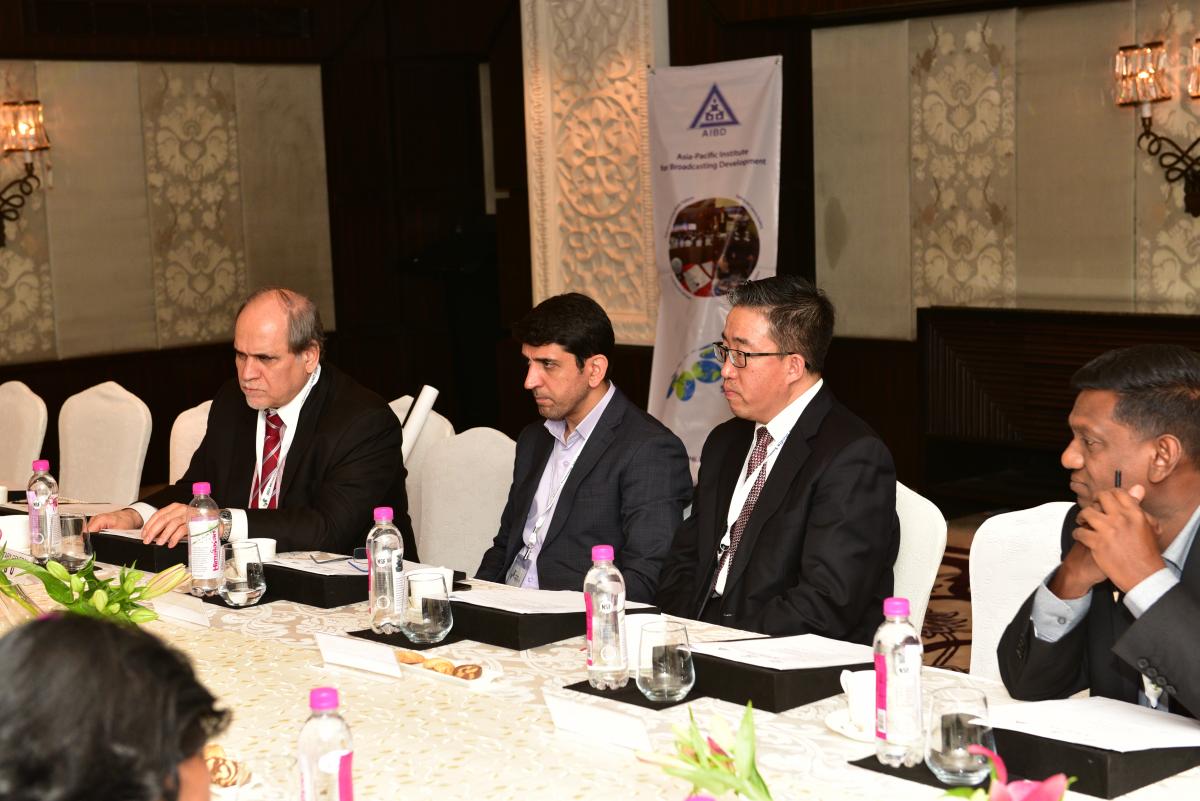 Some members also said the specialised research activities benefit members, but these should be shared on the website, and must involve others in the region. “Consider turning some research findings into infographics so that members can learn more”, Mrs Wanida Gajaseni, Senior Information officer, International Cooperation Department, National Broadcasting of Thailand, suggested.

Others pointed out gaps in the plan, among them, the lack of clear directions, specific objectives, practical action plans, timelines, and deliverables for effective evaluation. Strengthening regional cooperation and staff development should also be emphasized.

There was a suggestion to share the proposed plan to some thinktanks who can offer new and innovative ideas for consideration by the SPT.

Director Chang Jin acknowledged the good suggestions on the draft Strategic Plan, and argued the document should be reviewed and strengthened. He proposed to continue the discussions on this plan in the General Conference in Colombo, Sri Lanka in August 2018.  It is the hope of SPT members to approve the revised Strategic Plan during the GC.

On the AMS in 2019, Director Chang Jin announced the withdrawal of the Philippines as host of this event. He said the process of selecting a new host is underway.

Another agenda of the meeting was a post assessment of the AMS 2018, which most SPT members described as a success.

The SPT Chairman said  the Sri Lankan team found the conference  well conducted.There was a consensus that the theme and conference topics were appropriate and relevant, among these, the Masterclass on Storytelling, and the sessions on  “Business Models in the New Era”, and “Asian Values as Broadcasting Themes”.

Dr Abbas Naseri Taheri, Advisor to IRIB President and AIBD General Conference (GC) President, appreciated in particular the list of professionals who spoke at the session on “Business Models in the New Era”, saying the information on advertising in new media and data mining they presented were useful. AIBD Director Chang Jin said this session  on business models was popular among delegates.

Some SPT members commented on the need to manage the time of speakers more effectively. Some sessions had too many panelists. Speakers in some conference sessions failed to offer new perspectives on the topics.

There were recommendations to improve the AMS, among them; the publication of the conference proceedings; inclusion of younger  speakers in some sessions; preparation of speakers’ powerpoint presentations that are more understandable to the participants; evaluation  survey of speakers after each session; and better marketing efforts to attract more foreign participants.