AIBD has signed a Memorandum of Understanding with Maldives Broadcasting Corporation (MBC) to provide consultancy and capacity building for MBC in its transition to Public Service Broadcasting. Under the MoU, AIBD assists MBC in organisational assessment, engineering audit, newsroom training and programme production.

AIBD has signed a Memorandum of Understanding with Maldives Broadcasting Corporation (MBC) to provide consultancy and capacity building for MBC in its transition to Public Service Broadcasting. Under the MoU, AIBD assists MBC in organisational assessment, engineering audit, newsroom training and programme production. 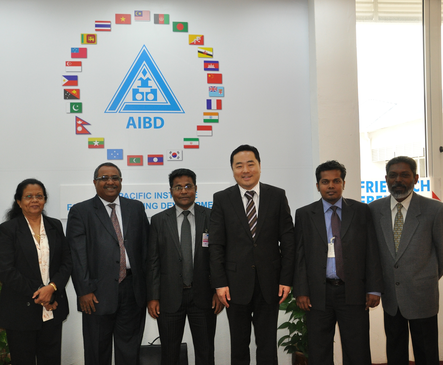 The initial agreement was reached during the visit of the MBC delegation to AIBD Secretariat in April 2012 and the MoU was signed during the Asia Media Summit 2012 in Bangkok. The consultants commissioned by AIBD commenced work in the Maldives in mid-July. 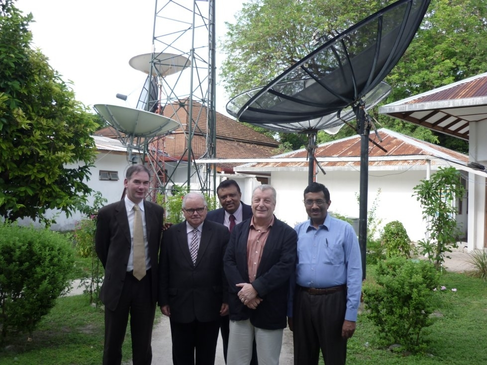 The MBC is now preparing a new Broadcasting Code to reflect these new responsibilities. The staff of about 360 are being trained in these new expectations. During mid July the AIBD supported a consultancy to review the way in which the MBC is currently organised and what changes may be needed with the new public service broadcasting brief. Hilmy Ahamed, Chief Executive of Young Asia Television in Sri Lanka and Murray Green, Media Development and Legal Policy Adviser from Australia, undertook an organisational assessment. The Maldives is a beautiful nation over many atolls with 100 plus island resorts fuelling much of the economy. The challenge is to not only broadcast with the interests of the capital Male in mind. Mohamed Shafeeg Mahmood is the MBC’s new Managing Director and the AIBD has been working with him in identifying and supporting development priorities.

The Organisational Assessment engaged with MBC Directors and staff in identifying the opportunities ahead both on radio and television as well as online and on mobile. The MBC is now working on a strategic plan for the next five years that involves creative and technology renewal, an emphasis on leadership and a commitment to quality journalism and other content. 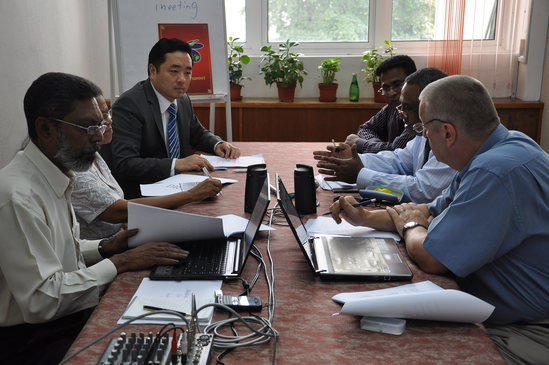 The participants were reporters, anchors and producers from TVM – the Maldives Broadcasting Corporation’s television channel and the broadcaster’s radio channel. They showed a mature understanding of the principles of Public Service Broadcasting and a great deal of talent. The news team also asked for guidance in applying these principles in their daily work. 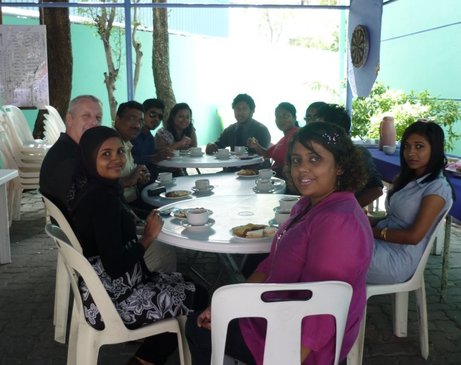 In response, the consultants have recommended further mentoring programmes to support MBC’s transition to a Public Service Broadcaster.