Moving from Radio to TV the Fiji Broadcasting Corporation is already toying with some innovative ideas born out of Radio programmes. A good mix of creative youngsters and experienced Radio professionals does bring in an interesting mixture of programmes.

Moving from Radio to TV the Fiji Broadcasting Corporation is already toying with some innovative ideas born out of Radio programmes. A good mix of creative youngsters and experienced Radio professionals does bring in an interesting mixture of programmes.

With this background the team of three consultants began the ABU-AIBD-TPBS-FBC  In-country programming workshop.  The three consultants consisted of Mr Horea Salajan from Thai Public Broadcasting Service (TPBS), Mr Jeong Yun Hwan from ABU and me. I was responsible for the Documentary part of the workshop. It was a weeklong workshop (17 to 22 November 2015) with 15 participants divided into two groups. 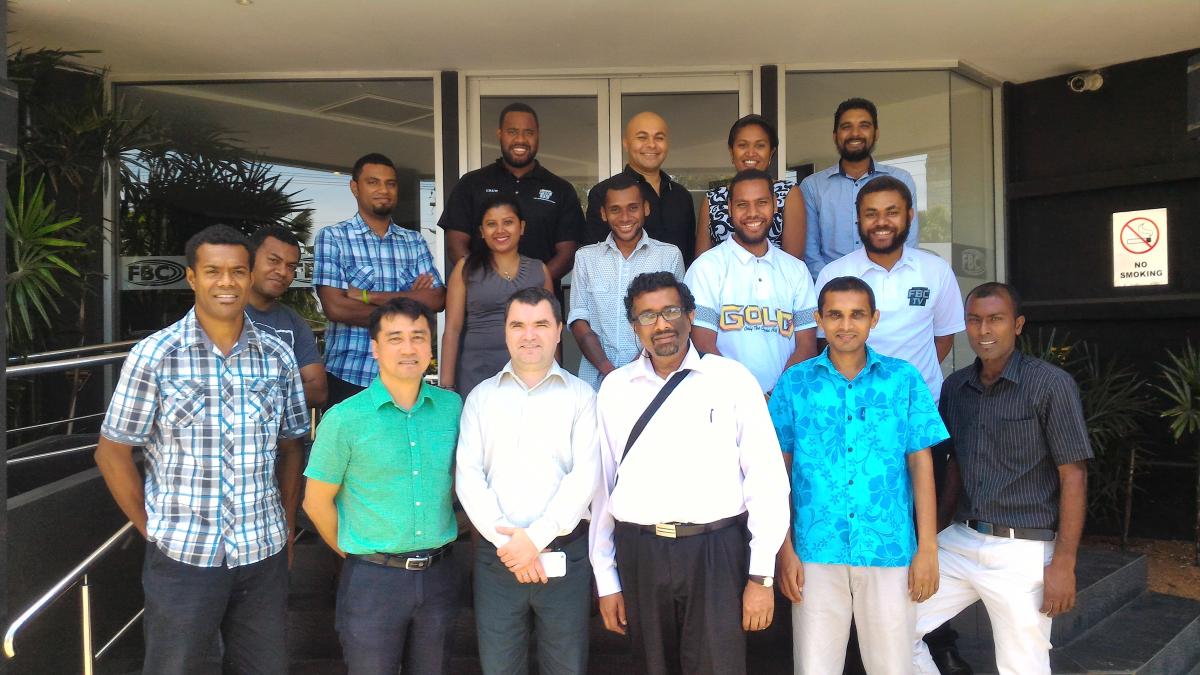 Eight of them were being trained in the area of news by Horea; while I and Jeong concentrated on the other seven, training them on documentaries and studio programming respectively.

I began the workshop by highlighting the various types of documentaries with examples. As the workshop progressed we went into areas such as ideating, directing a documentary, interviewing skills, post production skills, scripting etc.

Even as the enthusiastic participants learnt and understood new skills, they could also easily connect with what they had done in the past. Simultaneously, they ensured that their regular programmes did not get affected because of the training.  My appreciation for the management led by Mr Riyaz Sayed Khaiyum (CEO, Fiji Broadcasting Corporation) for having created schedules that did not affect the training.  And credit to the participants who didn’t let their regular work suffer as they participated in the workshop.

Talking of multi-tasking, the team is filled with all-rounders.  There were cameramen who also knew editing, producers who could anchor and other multi-taskers.  Not surprisingly, all participants in my workshop could also fit into more than one role. 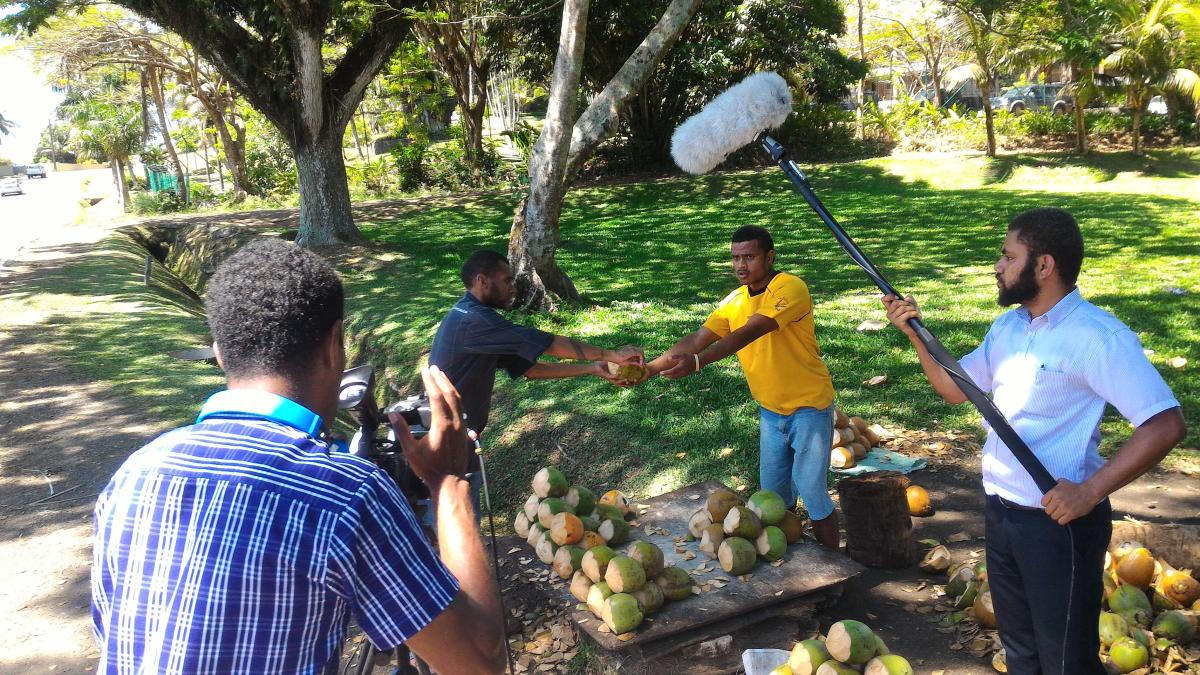 This group came up with two documentary ideas to be filmed as part of the workshop.  Since, the plan was to put to use the concepts that were being taught; easy to execute ideas were picked up.  The duration for these documentaries was also kept relatively short.  One of them was on the life of a very young tender coconut seller and how he sacrificed his studies to help his family income.  This documentary cannot be termed as a perfect one, but gave us the opportunity to analyse areas which needed improvement.  At the same time, I can say that given the time limitations and other tasks the team had, they came up with something fairly acceptable. The other idea was to look at the thriving make-up business in Fiji.  The second team took the post-production ideas picked up during the workshop to come up with a product which was acceptable.  All in all these exercises gave the participants an opportunity to look at their short comings, critically.

The feedback from the participants showed that they took back a few worthwhile lessons from the workshop. For me, I came back with first hand impressions of hospitality and friendliness of the Fijians.