Asia-Pacific Institute for Broadcasting Development (AIBD) in collaboration with Korean Broadcasting System (KBS) and Radio Television Malaysia (RTM) organised a five day in-country workshop on HDTV Production for RTM technical and production staff. The participants were from the Production, Camera and Lighting department. The workshop was held from 5 to 9 October 2015 in Kuala Lumpur, Malaysia.

Asia-Pacific Institute for Broadcasting Development (AIBD) in collaboration with Korean Broadcasting System (KBS) and Radio Television Malaysia (RTM) organised a five day in-country workshop on HDTV Production for RTM technical and production staff. The participants were from the Production, Camera and Lighting department. The workshop was held from 5 to 9 October 2015 in Kuala Lumpur, Malaysia. 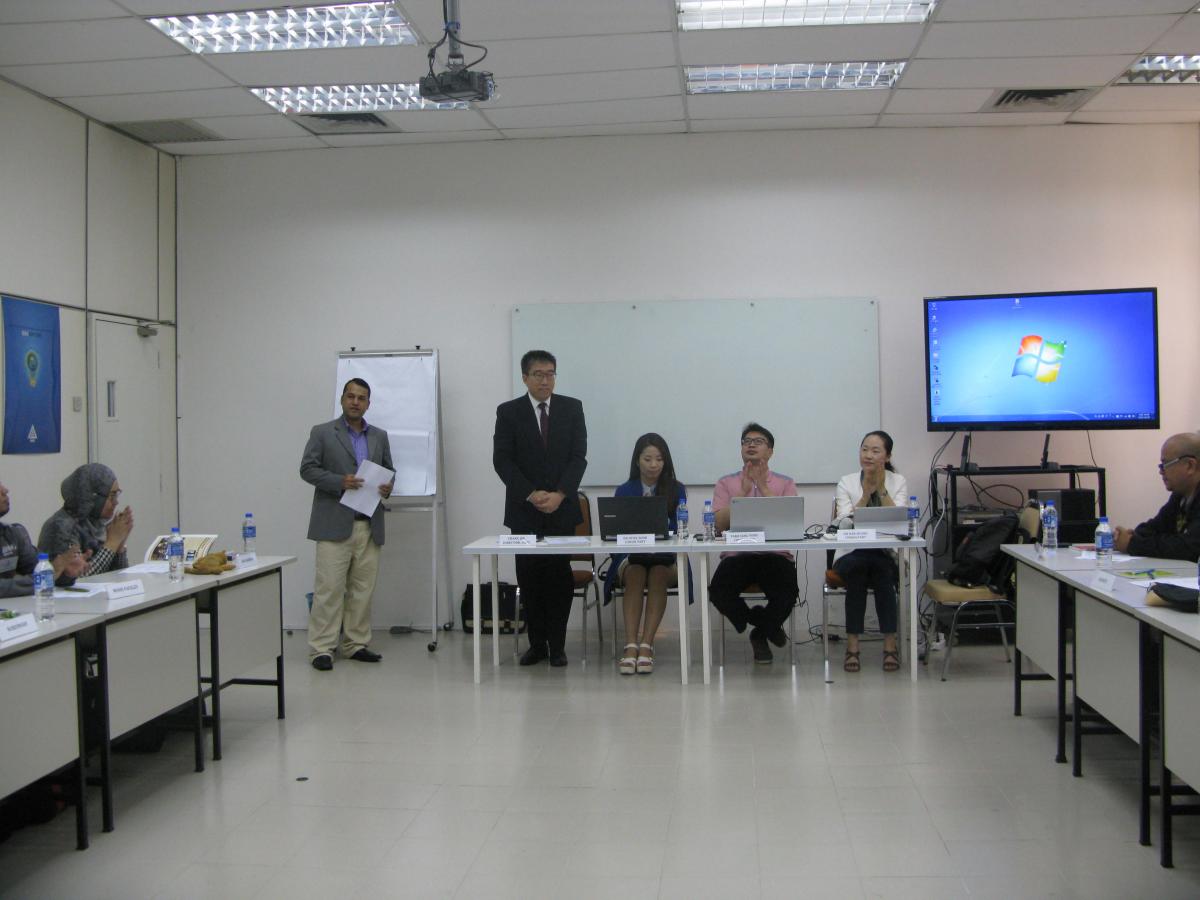 KBS provided three experts in the field of Production, Camera and Lighting. The workshop was planned and designed in such a way that both theoretical and practical session was incorporated. Participants were divided into two groups and were given an assignment to shoot in the HD studio. On the last day of the workshop their assignment was reviewed and the experts gave their feedback and comments.

The experts gave the following feedback.
Hyunsook Oh, Producer and Director, KBS
I have worked over 10 years in KBS (Korean Broadcasting System) producing and directing various forms of Entertainment shows such as talk show, music show, informative show and etc. Around 2008, KBS went through the transition from SD to HD like how RTM is now doing and I, as a producer and a director, had to adopt to new technology at that time. The transition wasn't only about the change of technology, but also a way of drawing vision for the program because HDTV comes with different opportunities and threats to existing ones.
Hoping that my experience will help RTM colleagues to foresee the change in their industry, I shared my knowledge in HDTV production and answered their questions. For the last 2 days, we were able to do hands-on exercise of HDTV production at their facility. The participants were enthusiastic and intellectually curious and it definitely enhanced the quality of the workshop.
Meeting RTM colleagues was very inspiring and I hope there will be chances for both of us to work on together in the future. 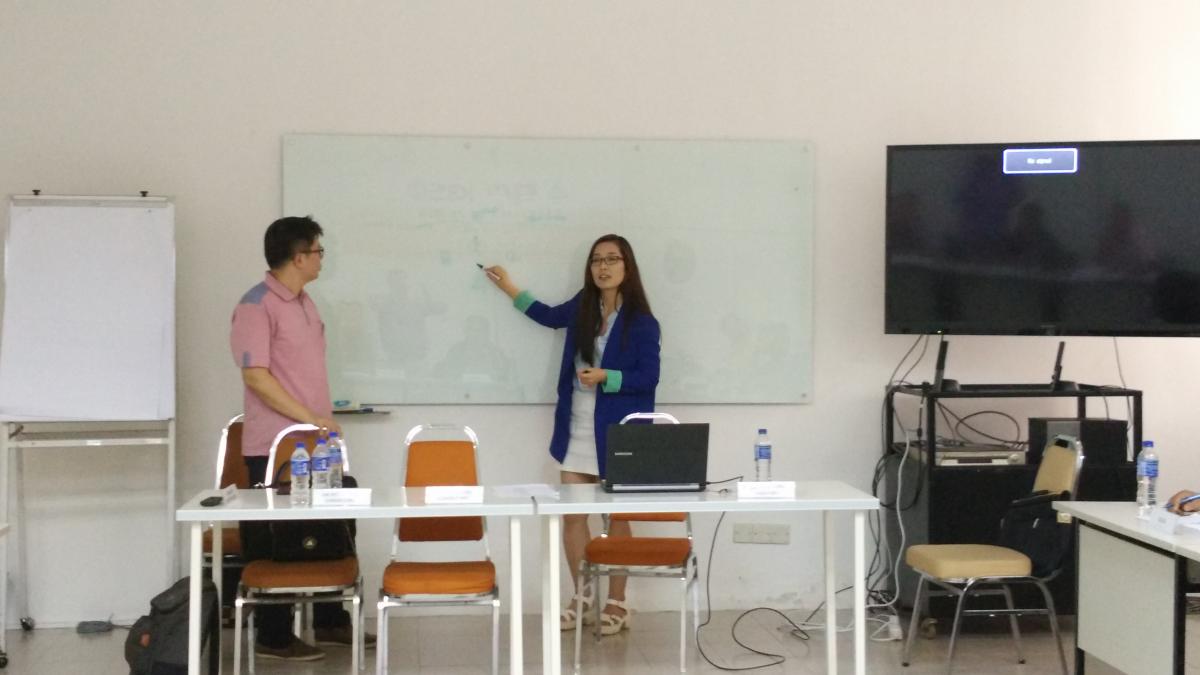 Nanhyang Oh, Deputy Director of Visual production department, KBS
Through HD era people have already witnessed UHD era coming just around the corner of the world broadcasting industry. RTM is in a big transition from SD to HD, too.
To make participants of this workshop enhance understandings of UHD (Ultra high definition) as well as HD (High definition), various concepts such as HR (High resolution), HFR (High frame rate), AR (Augmented reality) and new specialty camera equipment were presented. Participants also shared their different opinions and ideas watching many Korean SDTV and HDTV programs.
In order to successfully deal with a lot of changes and to overcome many mistakes from SD to HD, the most important thing will be putting together all RTM’s terrific manpower and its resources with consistent research on new technologies like HD/UHD and with active communications among RTM crews for program productions, regardless of job titles they have as well as regardless of which part they work for. This is the right time when crucial collaborations and meaningful studies are needed in the real field of HD program production at RTM. 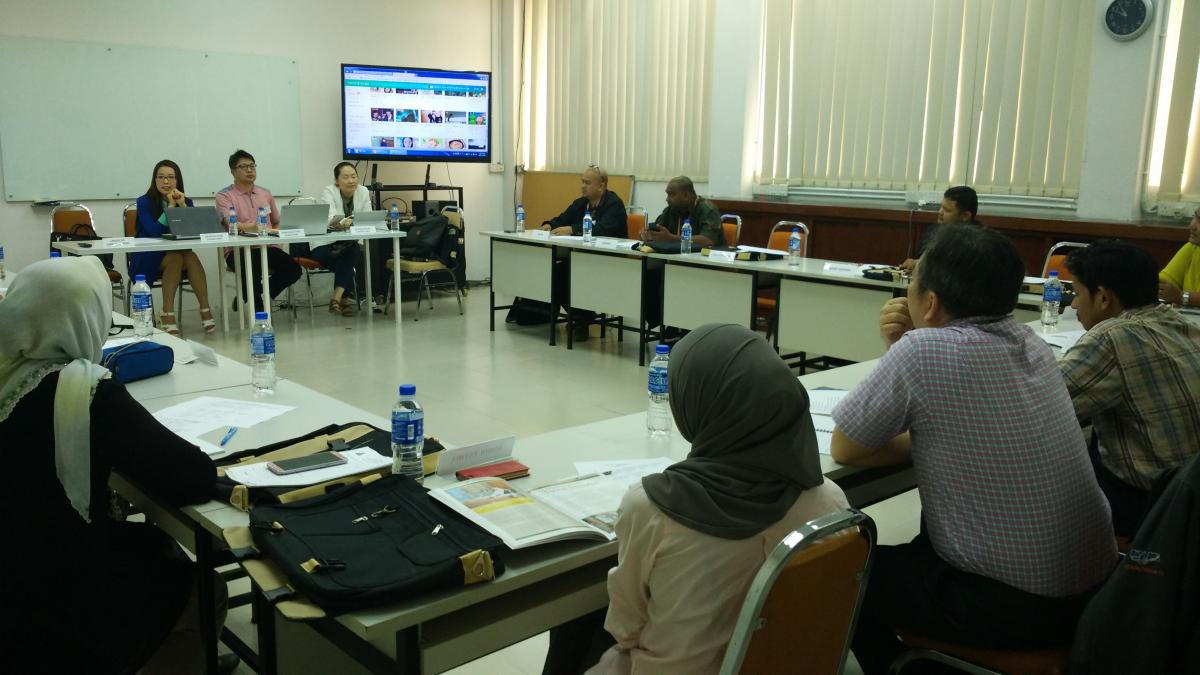 This workshop will become a very good momentum for RTM production staff to understand more about UHD as well as HD production environments.
Sangyong Park, Lighting Designer and Director in TV Technical Operations Department, KBS
Although passion for motivation to learn is very good, there is a limit to the trainees knowledge of professional lighting, because trainees in the workshop consisted of non-lighting personnel like Producer, Technical Director, Cameraman, Lighting man, Audio man and Technical Staff, etc.
In the workshop preparation process, I had sent contents to the AIBD and modified the lecture topic. After the end of the first day of lessons, according to the eye-level of the trainees, from the second day, I modified the lecture topic so that trainees can understand a little easier.
Prepared teaching materials were reflected throughout the lecture, questions and requests during lectures are conducted by adding the same day or the next day lecture.
Trainees showed a lot of interest in the production workflow of KBS, so further described and showed the specific details about it. 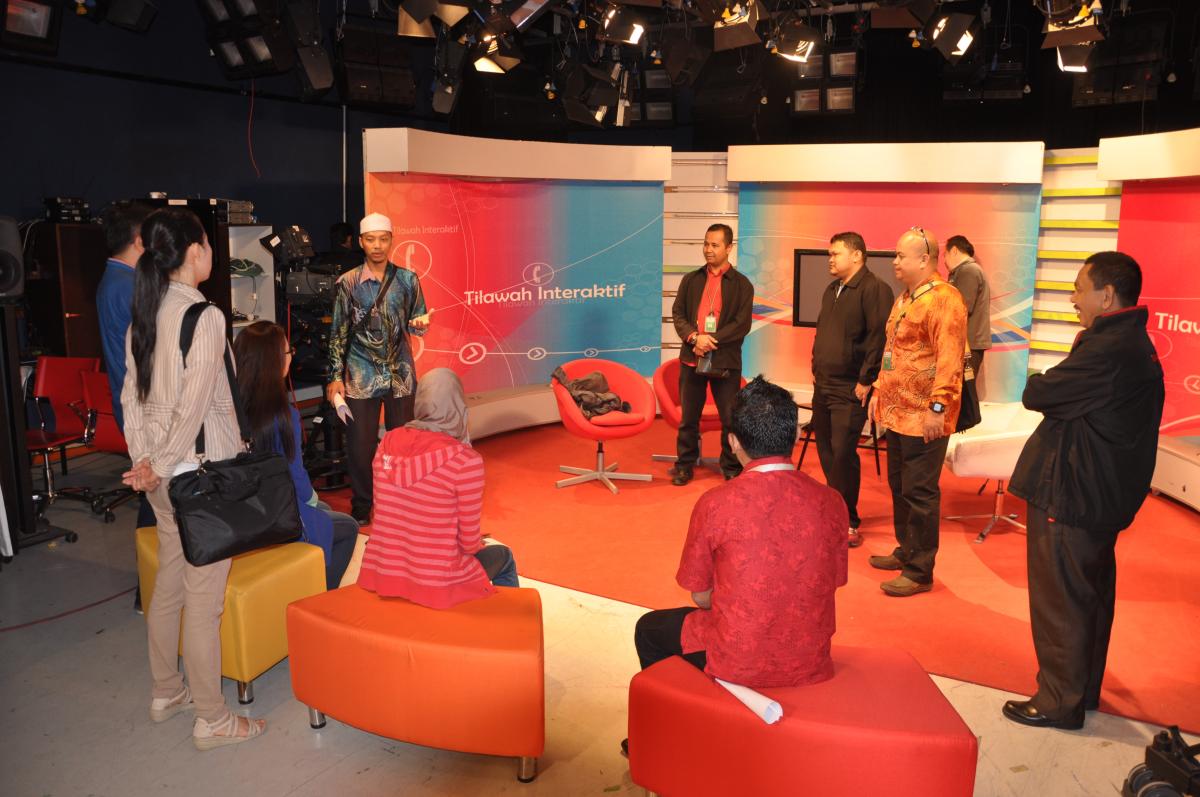 In particular, I got a lot of attention to the lighting simulation conducted a lecture with a little more time. We had a Wi-Fi environment, so while watching video files and link them with training materials, we felt the difference between SD and HD production program.
The last day, we reviewed the HD studio exercise program and I commented that the pictures had a Hard Key Tone feel. To solve this, I recommended the use of flood lights and diffusion filters in their lighting techniques to reinforce and spread Soft Key Tone. 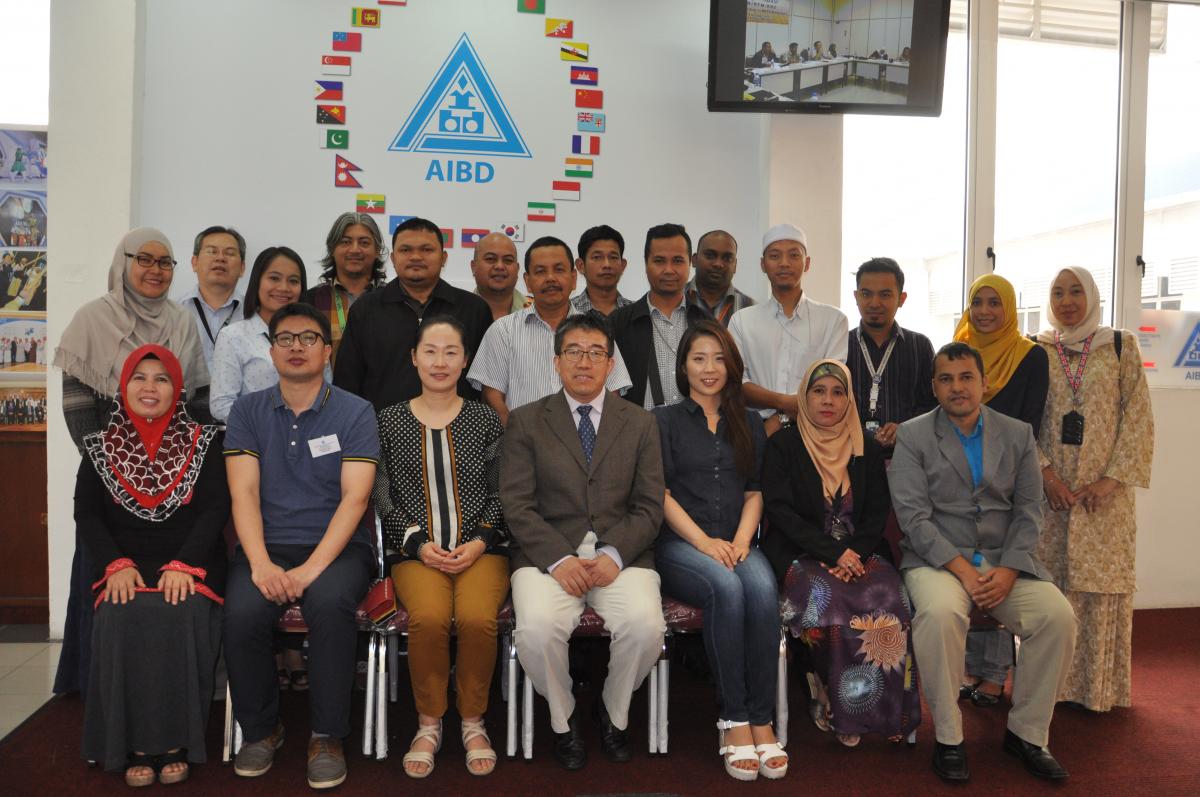 The workshop was attended by the fifteen participants from different departments of RTM.