From April 22 to 25, 2012, some 200 public service broadcasters from around the world gathered in Brisbane, Australia for the 29th CBA General Conference under the theme – Media Leadership in Crisis, Disaster and Emergency.

From April 22 to 25, 2012, some 200 public service broadcasters from around the world gathered in Brisbane, Australia for the 29th CBA General Conference under the theme – Media Leadership in Crisis, Disaster and Emergency. 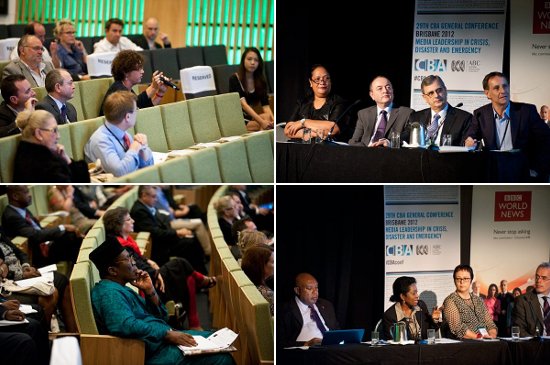 The Commonwealth Broadcasting Association (CBA) is the largest global association of public service broadcasters, creating the leading forum for exchange of knowledge and supporting members through digital transition.

Public service broadcasters of every size and shape were in Brisbane: rich, poor, large, small and everything in between. Everyone involved in the sector realises that times are tough financially but all are focused on what matters most: audiences. Brisbane reinforced what we already knew: that at times of crisis, people turn to PSBs. It also reminded us that there’s nothing better than meeting face-to-face. Some broadcasting professionals will have shaken hands for the first time in Brisbane, and new friendships can now develop. Similarly countries within regions have formed new partnerships, alliances and forums out of this conference. People have been sharing information and swapping experiences but it’s been hard to listen at times, because it’s been about life and death scenarios, and coping after trauma.

There have been stand-out moments, most of them captured by heart-breaking audio and footage. One broadcaster from Japan even described how his station, NHK, kept on asking themselves after last year’s tsunami, “Could we have done more to save lives?” The audience felt sad and reflective, but it drove home the relevance of PSBs. You had the sense that those broadcasters who hadn’t been through the kind of traumas experienced in Japan, Thailand, New Zealand and Indonesia for example, were thinking how lucky they were, quickly followed by a key question: “If something like that happened to us, would we be prepared?” 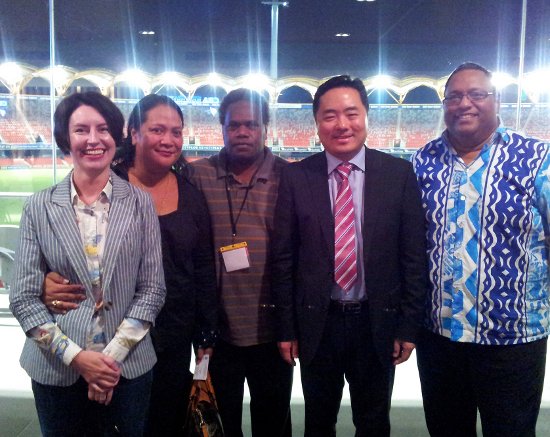 With meaningful and inspiring discussions, public service broadcasters have left the Brisbane conference with the feeling that there’s more that unites them than divides them.