“ Storytellers must understand audiences and be empathic with their needs and desires”, he said.

The Korean Director also said the story or programme must  be exciting, offering  something different. It must also have different product system, subject and backdrops.  “That’s the formula that made Descendants of the Sun succeed”, Sang-Hoon told delegates who attended the Plenary Session on Mythology, Folklore and Contemporary Stories at the Asia Media Summit held in New Delhi, India on 10 May 2018. 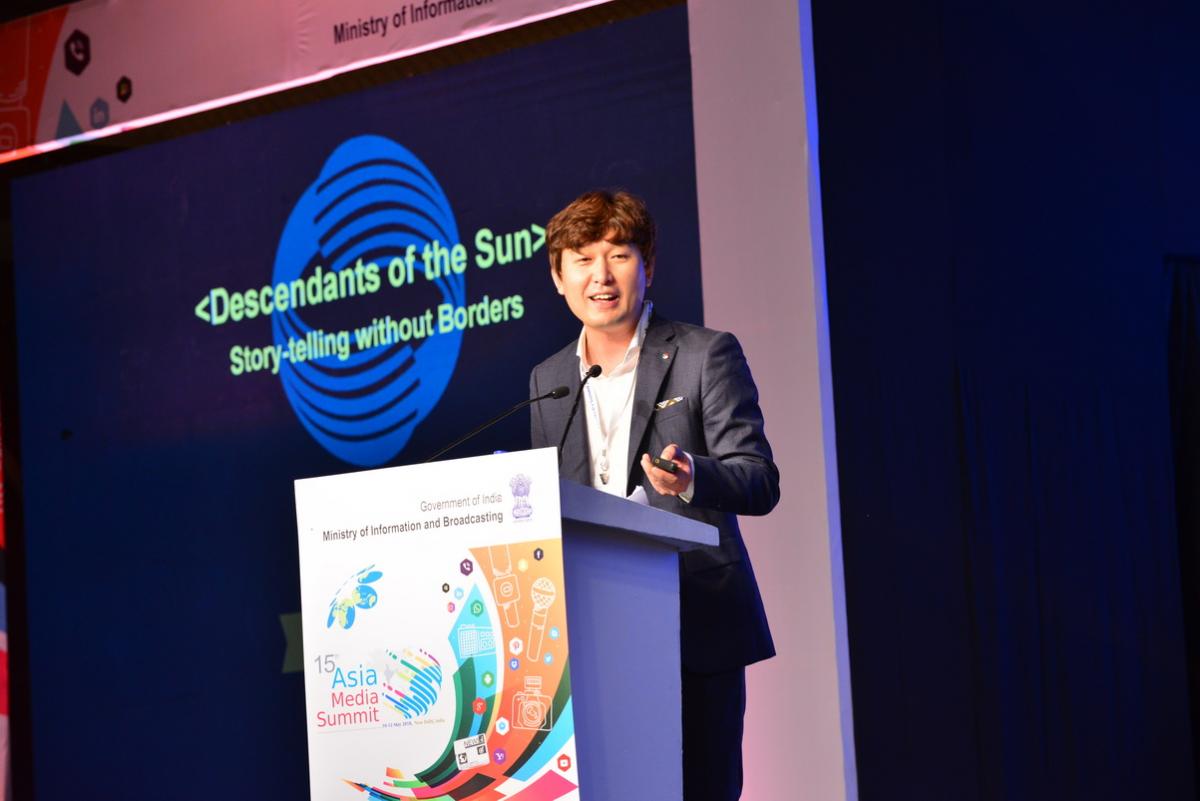 Sang-Hoon  directed the episode “Doctors without Borders”, one of 16 episodes of Descendants of the Sun which won the top prize for Best Story in a competition organised by the Korean Chamber of Commerce & Industry (KCCI).

Descendants of the Sun,which chronicles the star-crossed relationship between a soldier and a surgeon, was immensely popular both locally as well as internationally. It has been sold to 32 countries and translated into 32 different languages. According to the report by the Export-Import Bank of Korea, the direct and indirect economic effects of the KBS 2TV military-romance TV series “Descendants of the Sun” are estimated to hover above 1 trillion won ($880 million).

In his presentation, Director Back said the film offers action scenes, gun shooting, car chase, disaster, and what happens after these situations, including importantly a love story.

“The audience wanted to see a love story in the disaster not the disaster itself. Audiences change with times. Smart story tellers can put their fingers on the pulse of the time. That’s how they could develop stories that appeal not just to Korean audience,, but also to Asian audience.”, he said.

The Korean Director also said that exciting stories should come from understanding viewers, being on the same page with them, and being empathetic with their needs and desires.

Another speaker was Mr Jason Bernard Santos, a Philippine writer, producer and director, who presented  the “Wirewalkers”, an award winning documentary  which employs virtual reality as part of the story.

“We tell the story to students, teachers, parents and government officials using 360 degree footage of the river where kids from Iligan City in southern Philippines cross the steel cable to go to school”, he said.

In two months time, he said, “the national government responded by building a suspension bridge in the village. Kids no longer have to cross the dangerous bridge going to school”.

He shared his formula for good storytelling, saying he follows four steps in changing and challenging the narrative of the stories we do:

What is the story?

What is the issue, or the content that this story is going to be dealing with?

Whose story is it?

Who is the character, or characters, that will lead and guide your story? What’s driving them emotionally?

What is it in your story that is going to leave the audience in anticipation, what is it that they will want to find out and see resolved?

And probably the most important one:

What are the big universal themes that connect us all as humans? Think about the things we can all relate to, and that allow the audience to put themselves in the characters’ shoes. 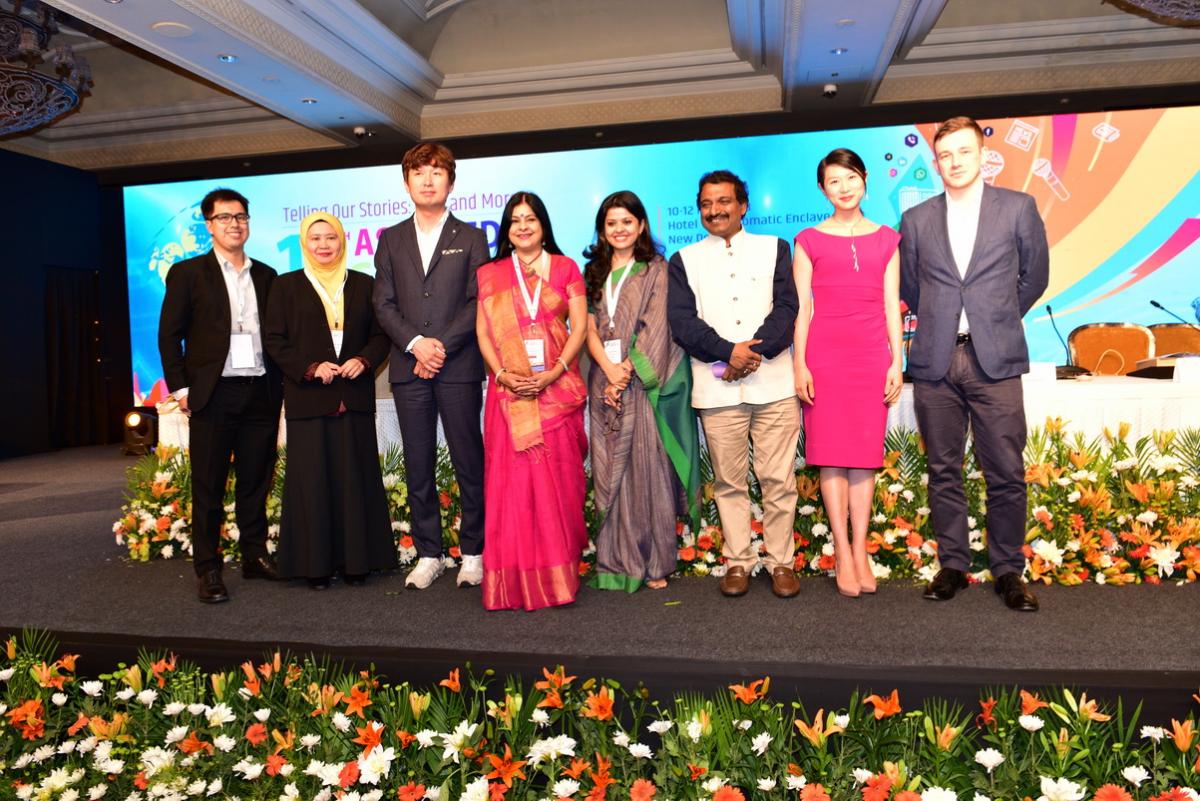