Sixteen participants from 7 countries attended the five days workshop dedicated to Entertainment TV Formats. They  were from Cambodia, Indonesia, Laos, Malaysia, Myanmar, Thailand and Vietnam. The participants comprised of producers, hosts and assistant channel manager.  They were very active and reactive.

The workshop focused on how to develop creativity and good taste for TV production personnel towards selecting qualified content, prepare appropriate programme concept and production book. During the workshop the participants can explore their production skills, in order to have good content and production quality in producing entertainment TV programmes. 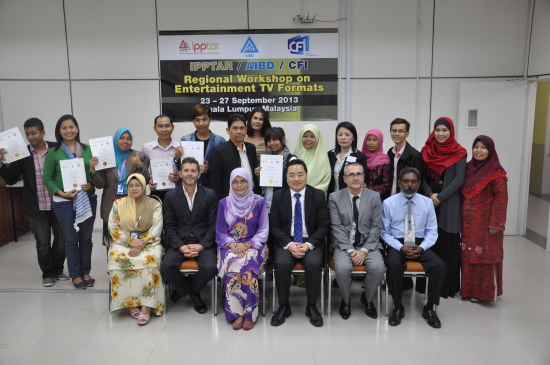 The workshop was organised around the following program:

Then, by group of 4 people during the practical part they worked on 2 special exercises. 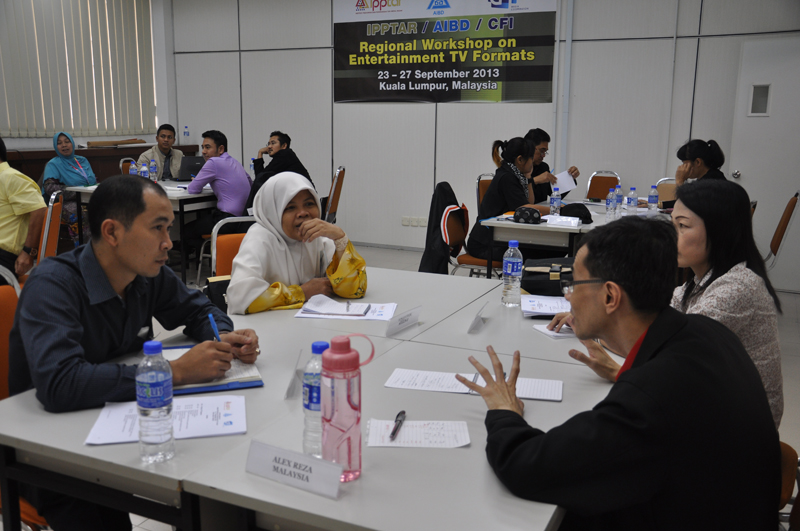 The first one was: invent an entertainment format based on a fashion game show for all family. Four formats were invented and pitched to the other groups. The debriefing was really interesting and each was invited to speak free and all accepted the criticisms in a positive way. Each group gave a note on the presentations, which was revealed at the end like in reality TV!

The second exercise, always by group of 4 but with teams mixed again to cross the cultures and the knowledge, consisted to invent an entertainment format for which the mobile phone were the main actor and with an important place to the social media. Once more, in a very short time and based on the creation process studied in the beginning of the workshop, the 4 teams created very interesting projects that they also pitched in 10 minutes with rules defined previously.

Finally, based on the same thematic as the workshop which took place in Indonesia last November, this one also reached its objectives by giving to the participants all the knowledge and the tools to be autonomous in creation and in production. According to their own terms: “they took confidence in them and have all the keys to create”.

The participants can now use the strategic toolkit to create and adapt to their professional and environment situation. 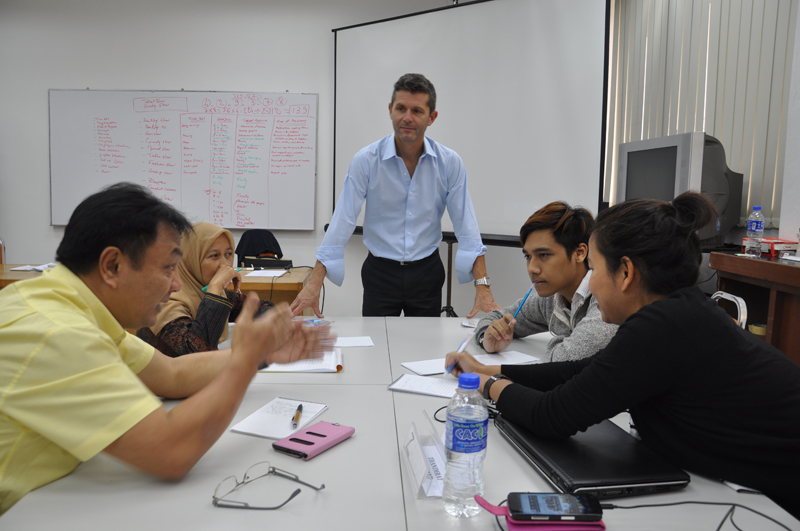 The workshop was conducted by Mr. Stéphane Bouillaud who works for television in France for the last 20 years. He was successively host, artistic and creative director, executive producer and program director. He knows and practised all the stages of the TV contents from creation to broadcasting. He worked for public and private channel, pay and free TV for many time slots and target audiences.