Sri Lanka was re-elected as the Vice President of the General Conference.

The AIBD General Conference met from 2-4 August 2018 to discuss the Institute’s year-long performance as well as future strategies, and approve resolutions that impact its operations. 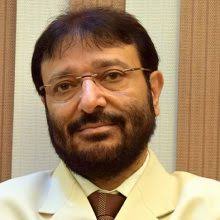 Shri Fayyaz Sheheryar, Director General of All India Radio, who represented India, said he was humbled and honoured by the election.

“I will try to meet the high expectations of AIBD. As my country holds the AIBD in high esteem, we will work hard to make AIBD a more renowned international organisation”, he said.

He also said that AIBD has lots of potential to do good, especially for poor broadcasters. “We shall keep working on the path shown by the outgoing president and work in tandem with all members and the newly re-elected Vice President from Sri Lanka.”

India replaced Iran whose term ended this year following its election for a two-year term from August 2016.

Outgoing President of the AIBD General Conference Dr Abbas Naseri Taheri, Advisor to IRIB President and Director General of International Affairs, Islamic Republic of Iran Broadcasting, thanked members and summed up some of the challenges the GC raised in its meetings. These include seeking more transparency in AIBD finances, revising training modules amid the changing media landscape, overhauling the Strategic Plan Team as a think tank, and refining procedures and rules critical to the Institute’s operations.

Mr Thusira Malawwethantri, SLRC Director General, who represented Sri Lanka, thanked members for the vote of confidence in re-electing his country and promised to continue working together for the betterment of AIBD.

3 Members Voted, 2 others Re-elected to the Executive Board

Iran, Maldives and Nepal were elected as new members of the AIBD Executive Board (EXBO).  Cambodia and Pakistan were re-elected to the Board. They complete the entire nine-member EXBO that also includes Bhutan, China, Korea, and the Philippines.  India, having been elected as a member of the EXBO during the 16th General Conference in Maldives in August 2017, becomes an ex-officio member of the EXBO as it is elected as President of the GC as mentioned above.

Full members who attended the AIBD General Conference and its Associated Meetings voted for the five members to the Executive Board.

After the GC, the EXBO voted Pakistan as its Chairman, and Maldives as Vice-Chairman.

The Board meets once every year to examine the Institute’s annual performance and administration and strategies for the future.